Be A Disciplined Maverick To Get The Job

How can students and graduates make sense of the vast amount of job and career advice being fired at them and avoid all sounding the same when they apply for jobs? Being a disciplined maverick helps.

If you are seeking a job today, you are besieged with ‘how to’ lists, secret formulas for success, what to follow or avoid, why you should or mustn’t do this or that. You have advice coming out of your ears, sometimes consistent and other times contradictory. It can be disorienting and contribute to procrastinating about taking action.

It can also lead to conformity, following the path of so many other people that it works against the very thing you need to achieve – differentiate yourself from the competition.

Without doubt, complying with employers’ recruitment processes is important even if they can at times be hugely time-consuming, irritating and cumbersome. Planning your job application and interviews require necessary discipline and attention to detail. Don’t rule yourself out before you get a chance to rule yourself in.

Being disciplined matters, but only up to a point. Employers and recruiters commonly say too many graduates perform poorly at job interviews. Too many provide formulaic, robotic and predictable responses to standard interview questions.

Have those advising, guiding and supporting graduates inadvertently bred too much uniformity and consistency? Or is it a fear factor caused by huge competition and a lack of jobs? That if you go outside what is perceived to be the ‘right’ answer, you immediately lessen your job chances? Bring your personality with you. 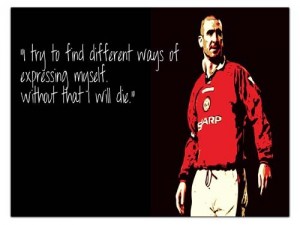 The aim is to score

I was reminded recently of the dangers of overplaying strengths by a post-match interview from Crystal Palace football manager, Alan Pardew. He suggested his team had become so disciplined they had forgotten how to express themselves. Playing too safe had resulted in not scoring enough goals and a long, winless run.

After going a goal down in his first home game, he introduced a couple of substitutes and asked them to be more maverick – by which he meant unorthodox, more adventurous, prepared to try something different and to take more risks in the attacking end of the field where it mattered. Vindication of this approach came two goals later and a first victory in 9 games.

Being a maverick in business can pay dividends too as CEO, Ricardo Semler, proved at the tail end of the last century. A man ahead of his time, Semler was the founder of hugely successful Brazilian company, Semco, who turned accepted wisdom on its head when he created a genuine democracy in his workplace. Employees were truly empowered and even decided the salaries of their bosses. Read his great story in Maverick!

Bring out your inner maverick

There is no right point of view – Paul Arden

Being a maverick can sometimes be construed as a troublemaker or someone who won’t comply with the rules. So be careful to present yourself in a positive light – more of a free spirit who brings vitality, a different perspective and a healthy questioning of the status quo in order to improve the business, achieve change and enthuse people around you.

What does the idea of being a disciplined maverick prompt for you? How can you be unconventional and independent-minded to help you get the job you want?