How to Improve Your Note-Taking Productivity and Learning

In 2018, it’s no surprise that some of us listen to lectures, workshops, and meetings while taking notes on a digital device. Phones and tablets are constantly on our persons, while laptops have never been easier to transport. And yet, does using these devices improve your productivity?

A new survey from My Own Stationery reveals that one in five us go digital for note-taking tasks. However, research consistently proves that we actually perform better by handwriting our notes. Handwritten notes are better for understanding and remembering material. Think about the time it takes to put pen to paper, and the physical act of spelling out individual letters and words as opposed to tapping a series of smooth tiles.

Here we debunk the most common reasons for digital note-taking and make a case for investing in old-fashioned pen and paper.

I need to multitask 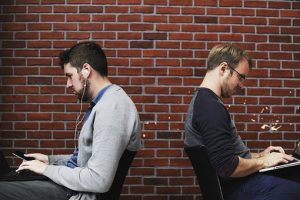 Our survey found that women are only more likely to take digital notes rather than with pen and paper if they are already multitasking on their computers. Of course, women are probably more likely to multitask at work because they are better at it. Research shows men are less organised under pressure and slower when it comes to swapping between tasks.

However, should anyone be multitasking when it comes to notetaking?

Although it is often a necessity of our modern, fast-paced jobs, this juggling act is by no means productive. In fact, multitasking has been proven again and again to hurt productivity. This is largely due to the time it takes our brains to adjust between tasks. Instead, focus on listening and writing.

Our survey shows most men choose to write their notes digitally simply because they find it faster. A study in 2012 revealed that 1-in-3 of us had not written anything by hand for more than six months. Those under 25, in particular, were more likely to use their devices over a notebook, hinting at a generational divide.

The problem with this style of note-taking is that “faster” isn’t always better. There is the danger of a lack of critical thinking. Don’t reach for the computer if you’re worried about not being able to take down enough information at your next meeting, Instead, try a different method of note-taking to better suit your learning preference.

For example, more visual learners might benefit from using a spider diagram. This allows you to add ‘legs’ from one main point with quick facts and key facts. Try the “cue” method if you prefer to get everything down, but forget the context of your notes. Divide your note pages into “cue” and “notes”. Then, right after the meeting or lecture, make quick notes in your “cue” column as a reminder of the context.

Far from technophobes, we agree that computers and devices have their uses and perks. For example, the Ctrl+F tool helps to search through your potentially lengthy notes for a particular section or to swiftly check a date or figure. Also, they are easier to send, share and transport.

Note-taking is not about having a perfect transcript of a presentation. It’s not about being able to conduct research at the same time. It’s more about being engaged with the material being discussed and thinking critically to decide the most important figures and information.

So, if you want to increase your productivity, don’t reach for a digital device. Instead, consider using a lightweight notebook to keep with you during your working day.

Thanks for this post go to our friend Laura McLoughlin, a Digital PR based in Belfast, Northern Ireland. She writes about productivity and creativity for My Own Stationery.