Toxic Work Relationship? How to Prevent And Put Out Fires

You go to a meeting and your boss humiliates you in front of your colleagues. Members of your team are talking negatively behind your back and spreading gossip. You’re about to start a new management role in the organisation and you’re already hearing that people would prefer their old boss. Other people are ‘difficult’. Do any of these scenarios ring a bell for you? Healthy work relationships are fundamental to performance. Yet, many people spend their days fire-fighting and endless hours dealing with the toxic fumes of a poor work relationship. Here are some thoughts and ideas to help.

Toxic fumes can kill your job 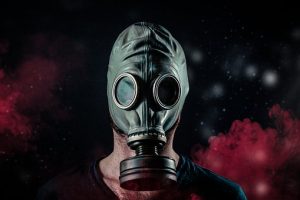 It’s often the toxic fumes that kill rather than the flames in a fire. Not only does a toxic work relationship undermine effectiveness, but they also damage people’s mental and physical health. Do you have a personal fire alarm fitted? Is it serviced regularly? Is it going off?

No smoke without fire

Spot the warning signs of a toxic work relationship. The one thing you have more control over than anything else is you. If you know you have a fiery temper or volatile temperament, find out what triggers it. Often, that will be something that’s important to you, a deeply ingrained personal value. Do you know what makes you tick? Take response-ability.

Also, be alert for the Twisted Fire Starters. Those people who deliberately provoke a situation or press your buttons to get an effect. Smell the smoke but don’t pour oil on the fire with your response.

What happens when you fight fire with fire? A bigger fire! Believing in something strongly is fine, but there is a world of difference between have an opinion and being opinionated. Imposing your view or will on others results in winners and losers initially, but losers all round in the longer term if that’s your default approach. Put your point across with conviction and listen with empathy to an alternative view. Agree to disagree if necessary as long as there is mutual respect. Engage in healthy contention rather than a firestorm. Feisty, not furious.

Putting out the fire yourself

So, the fire is raging and you have to respond. What can you do yourself? In a real fire, you would use the fire extinguisher, the water hose, the fire bucket full of sand or the fire blanket. In a confrontation, your possibilities include:

Who is your Fireman Sam if things get out of hand? Sometimes third party support from HR is helpful to nip things in the bud or essential if you can’t deal with the situation. Other allies might include the teammates you trust, your manager if they aren’t the one involved, informal and formal coaches and mentors, and Union or work representatives.

Come on baby light my fire 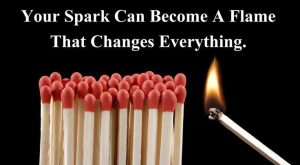 To end on a positive note, how about fire-lighting as a leader rather than fire-fighting? Not arson but setting alight people’s energy and releasing their potential. Creating a healthy environment using green energy or at least smokeless fuel to put fire in people’s belly. People are really crying out for inspiration, a bonfire lit from below. The furnace of change feeds on firelighters sparked organically. The job of leaders is to show passion for purpose and release it in others to create the energy that builds something new or changes something old.